The Guardian’s Allowance is a weekly payment for raising a child whose parents are no longer living (e.g. orphaned). Furthermore, you may still qualify even if there is a surviving parent.

This allowance for guardians of children is not one of the means-tested welfare allowances. So, the money is tax-free and you would get it in addition to any Child Benefit payments that you are receiving.

Even so, it is important to notify the Guardian’s Allowance Unit if there are any changes to your personal or household circumstances.

The current rate for Guardian’s Allowance 2020 is £17.90 per week. The money is usually paid into a secure bank account every four (4) weeks.

But, as a single parent (or someone on a low income) you can also ask to get it paid weekly.

Another section explains how your benefits are paid in greater detail. But, in general the only one you can’t have the money paid into is a Nationwide Building Society account in someone else’s name.

How Does it Affect other Benefits?

The guardians allowance will not count as income for anyone who is already claiming (either):

Furthermore, the High Income Child Benefit Tax Charge does not affect the payments. So, the allowance can continue even if you choose not to receive Child Benefit.

Note: Guardian’s Allowance does not count towards the limits set by the benefit cap. Using a benefits calculator will help you work out what benefits you are entitled to.

To qualify for Guardian’s Allowance you must be bringing up someone else’s child, and (all):

You may still qualify for the Guardian’s Allowance even if you are going through the child adoption process. But, it would only apply if you were getting the payment before you decided to adopt.

Rules if there is a Surviving Parent

You could still get the weekly payment for bringing up someone else’s child even if there is one surviving parent. But, to get it, at least one of these must be true:

How to Claim Guardian’s Allowance

Despite being able to backdate a claim for up to three (3) months, you should make your claim for the money as soon as the child starts living with you.

A guide explaining how to claim Guardian’s Allowance and how much you get each week for bringing up someone else’s child.
Click to Tweet

Challenge a Decision about Guardian’s Allowance

You need to use a process called ‘mandatory reconsideration‘ if you disagree with a decision. It is the official way of asking the department to take another look at the details and circumstances in your claim.

Changes You Must Report

A change of circumstances usually affects your entitlement to claim the Guardian’s Allowance payment. In fact, in some cases it may stop altogether.

Hence, you need to report changes without delay. But, you can report most of the changes online, such as if:

Note: In some cases, you will need to report a change of circumstances by telephone or using the postal address. 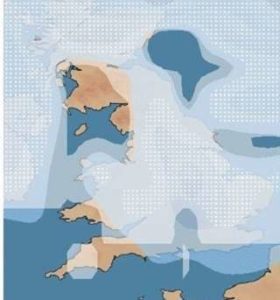 Parents also receive access to easy-to-use parental controls that allow them to find the right balance between education and entertainment.

The Privacy Policy page explains how we use third-party cookies that help us analyze and understand how you use this website. These cookies will be stored in your browser only with your consent. You also have the option to opt-out of these cookies. But opting out of some of these cookies may have an effect on your browsing experience.